The truth is we’re a nation of procrastinators. Between 80% and 95% of college students procrastinate. The number of “average” adults who self-report procrastinating has risen nearly 500% since 1978. And it’s estimated one-in-five of us may be a “chronic procrastinator.”

We put off everything from routine household chores to filing taxes. For the most part, we feel a little guilty but don’t often see the very real consequences of our inactions.

Did you know procrastination could have a dramatic effect on your health?

The first thing most people tell you when they spot procrastination is to get motivated and get moving. While motivation does play a tangential role in procrastination, lack of it is not the root cause. 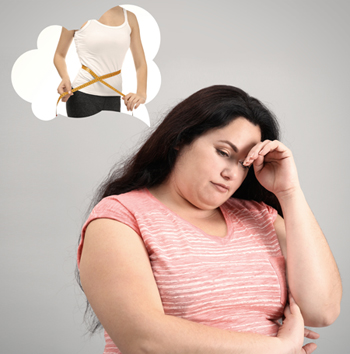 Most psychological experts agree that we procrastinate because we feel unable to handle the negative mental impact (moods or psychological associations) of whatever task we’re putting off.

These feelings often include:

Losing weight and eating healthier are wonderful goals. However, many of us make those goals at a low point in our lives. We’ve realized we’re not taking the best care of our bodies, that we’re carrying a little extra weight, and we think about how difficult it is going to be to shed pounds or stick to that healthy diet. These associations create stress, self-doubt, and tie into existing self-esteem issues.

Instead of tackling those feelings head-on, many of us simply put off what we should do today until a tomorrow that never seems to come. Putting off those seemingly big life changes creates an immediate (albeit temporary) sense of relief.

In a 2013 study Drs. Pychyl and Sirois categorized procrastination as “the primacy of short-term mood repair … over the longer-term pursuit of intended actions.” In other words, procrastination is essentially a well-meant, if misguided, defense mechanism we use to shield ourselves from stressful or emotionally harmful situations.

Procrastination is (Probably) the Most Common form of Self-Harm

While we often use procrastination to protect ourselves, it’s probably the most common form of self-harm. In addition to the very real consequences of procrastinating (including psychological distress, low life satisfaction, depression and anxiety) we’re hurting ourselves by not engaging in positive change.

Indeed, by deliberately putting off dieting, you’re cheating yourself—and you know it. This, in turn, leads to more intense feelings of low self-esteem and anxiety. Doctors call them “procrastinatory cognitions.” Such “cognitions” can lead us into a rapidly descending cycle of repetition.

If procrastination is so bad for us, why do we find it so easy to do? According to psychologist Dr. Hal Hershfield, a professor of marketing at the U.C.L.A. Anderson School of Management, we don’t feel the true correlation between what we’re doing right now and the future outcome of our actions. It’s almost as if our brains are programmed to relate to our future self as a stranger rather than the improved version of oneself.

So how can you beat procrastination at its own game? By reducing your baseline stress and anxiety levels.

Automate Your Calorie Reduction to Help You Beat Diet Procrastination

Overcoming the urge to procrastinate when you’re starting a new diet isn’t easy. It’s stressful and, as we’ve seen, stress can increase the likelihood of procrastinating. But you can make the process easier by automating a portion of your diet and freeing your mind from a great deal of worry.

The Hollywood Diet® line of products reduces the need to stress over your next meal or feel guilty about unnecessary calories.  Easily transition from what you’re eating now to a much healthier diet by using scientifically proven meal replacements and healthy snack options that are individually packaged and ready to take on the go. 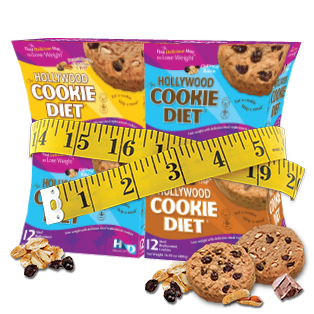 Plus, they taste great and are specially crafted with the nutrients you need but not the calories you don’t. They could in fact be the perfect diet-friendly companion for a busy life.

Isn’t it time you removed one more stressor and beat that diet procrastination?